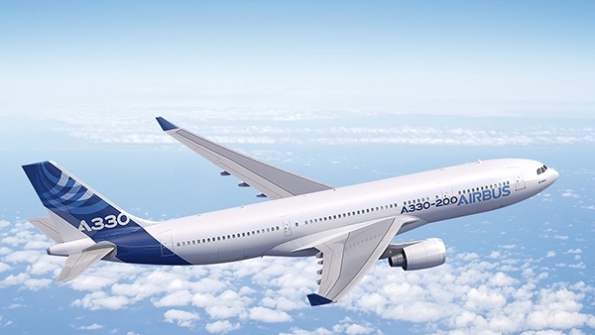 The The French airline announced today that it has ordered two AirbusA330-200 aircraft. The twin aircraft, fitted with Pratt & Whitney PW4000 engines, will offer an economy class, an economy+ class, and a business class with seats convertible into perfectly horizontal beds. Each class will have an individual state-of-the-art in-flight on-request entertainment system.

The order gives a major boost to the airline’s growth initiated several weeks ago by CEO Frantz Yvelin, marking an unprecedented strategic turn.

“Since my arrival,” CEO Frantz Yvelin said, “we’ve worked with all the Aigle Azur teams, whom I thank, on drawing up an ambitious new strategic plan. Everybody’s involved, which makes me feel very proud and happy. The planned arrival of the two Airbus A330s is another big step in the growth of our young 71-year-old airline, which will soon start operating long-haul flights, opening up new horizons while ensuring our long-term position as leader between France and Algeria, Portugal, Mali, Senegal, Lebanon, and Germany .

First established in 1946, Aigle Azur is France’s second largest airline. It has the benefit of a rich history behind it and in 2016 celebrated its 70th year of existence. Aigle Azur operates around 300 scheduled flights per week and carries approximately two million passengers per year aboard its fleet of Airbus A319s and A320s. For seven decades, Aigle Azur has been continuously bringing people, continents and cultures together, true to its core values of hospitality, sharing and conviviality. The airline operates departures from six French cities and serves Algeria, Portugal, Mali, Senegal and Lebanon (Beirut), with Germany (Berlin) added as a further destination from the 1stDecember 2017